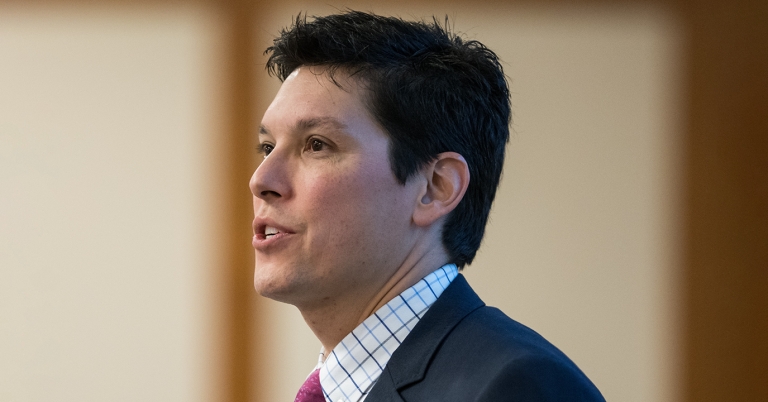 Does asking people to spy on their neighbors save water? According to a new study led by La Follette School Associate Professor Manny Teodoro, the answer is yes—although the full story is complicated in an interesting way.

Public Water Waste Reporting: Contextual Correlates and Conservation Outcomes, published in Water Resources Research, examines the effectiveness of California’s participatory surveillance programs, such as Save our Water. These programs invite people to report on other people who waste water by watering lawns on prohibited days, washing down driveways and sidewalks, causing excessive runoff through outdoor irrigation, and washing a car with a hose without a shot-off nozzle. During the 2014–2017 drought, California state and local governments established hotlines and websites for anonymous water waste reporting.

“Californians responded to the call for waste reports enthusiastically,” according to Teodoro, “Utilities in the state recorded more than 485,000 water waste complaints over the course of the last emergency. Reporting rates were highest where the drought was most severe and watering restrictions were strictest. But social and institutional factors also correlated strongly with water waste complaints, which underscores that water waste reporting is a social phenomenon.” Specifically:

Water waste complaints were positively correlated with subsequent conservation, suggesting that participatory surveillance can help manage a drought emergency: one more complaint per thousand persons is associated with a half-percent increase in water conservation. “That might not seem like much in percentage terms, but in a state as big as California, one more complaint per 1,000 population translates to about 32 billion gallons of water saved—enough to serve San Francisco for more than 16 months,” said Teodoro.

The study demonstrates that participatory surveillance may strengthen water conservation regulations during a drought emergency.

Authorities seeking to employ public water waste reporting as part of their drought management strategy should bear in mind that demographic, socioeconomic, institutional, and political contexts are likely to shape public participation and conservation outcomes. Specifically, participatory surveillance efforts in communities served by investor-owned water utilities and in places with lower levels of education, lower political participation, and/or low population densities may require additional outreach to be effective.