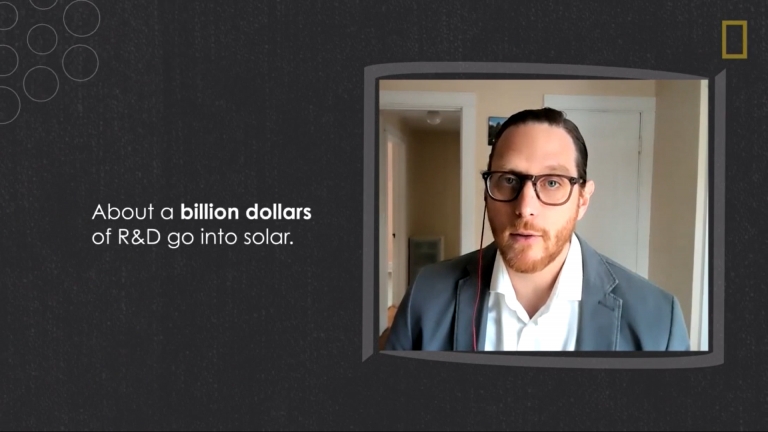 Renewable energy and its associated technologies, including solar panels and wind turbines, have long been seen as too expensive or too difficult to implement into energy portfolios.

However, renewable energy is seeing a new dawn due to the lowering prices of renewable energies, new and emerging technology—mainly solar and wind power—and a need to combat climate change.

“For about five or six years [during the 1970s] we had about $1 billion of R & D go into solar. Some of the fundamental innovations that we are still making use of happened in that time,” Nemet said in the video. “That ended in 1981. We had a change in administration, budgets were cut by 90 percent, and innovation went elsewhere.”

While climate change is worsening and its effects on the environment are becoming more pronounced, Nemet is hopeful that climate change can be combated in the coming years.

““The longer we dither in doing something about it, the harder the problem. All of these technologies have had setbacks, and all of them have had rollercoasters,” he said. “But we are in much better shape to do something about the climate problem than we were 10 years ago, the technologies we’ve developed can take us a long way. … It’s more than just cleaning up the environment, it’s about creating this platform for innovation and growth and inclusive well-being in the future.”

Nemet, who has a doctorate in energy and resources from the University of California–Berkeley, received an Andrew Carnegie Fellowship in 2017 to support his research, and he is part of a $1.25 million project at the University of Texas–Austin funded by the US. Department of Energy. He also has been a contributor to the Intergovernmental Panel on Climate Change and the Global Energy Assessment and is currently a Lead Author for the Intergovernmental Panel on Climate Change 6th Assessment Report.