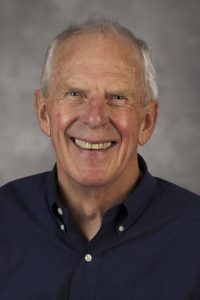 Robert Haveman, professor emeritus and former director of the La Follette School of Public Affairs at UW–Madison, died June 18 at age 85. Colleagues are mourning the loss of a scholar, teacher, mentor, and public servant who always found time to help others.

A member of the UW faculty since 1970, Haveman served as the second director of the La Follette School from 1988 to 1991. He was director of the UW–Madison Institute for Research on Poverty from 1971 to 1975 and chair of the Department of Economics from 1993 to 1996.

“Bob is the one person who has had the most influence on my academic life and career,” says Tim Smeeding, a La Follette School professor who, as a grad student here, had Haveman as his dissertation advisor. Haveman “remained my friend, guide, and mentor through the ups and downs of the next 51 years,” says Smeeding. “Thanks to his gentle nudges and outright pushes, he gave me both inspiration and dedication to the craft of academia in research, teaching, and in life more generally.”

Born in Grand Rapids, Michigan, Haveman was a first-generation college student who received a BA in economics from Calvin College and a PhD in economics from Vanderbilt University. Before joining the UW–Madison faculty, he worked at Grinnell College and in the U.S. Congress as senior economist on the Joint Economic Committee’s Subcommittee on Economy in Government.

Haveman was an award-winning teacher and prolific scholar who wrote about public finance, the economics of environmental and natural resources policy, benefit-cost analysis, and the economics of poverty, inequality, and social policy. He was a research associate at Resources for the Future from 1964 to 1965 and 1969 to 1970, a fellow at the Russell Sage Foundation from 1991 to 1992, and a fellow at the Netherlands Institute of Advanced Study from 1975 to 1976, 1996 to 1997, and in 2007.

Haveman’s research evaluated the adequacy of older workers’ retirement savings, the effects of health shocks on retirees’ assets, the impacts of the Section 8 housing voucher program, and methods to determine how public policy measures affect employment.

Sheldon Danziger, president of the Russell Sage Foundation, met Haveman in 1974 when Haveman hired him for a postdoctoral fellowship that encouraged early career scholars to become poverty researchers. “At the time, there were few graduate school courses on poverty research and little empirical research,” says Danziger. “Fifty years later, there are several generations of poverty researchers who are professors at universities across the country.”

La Follette School professor Geoffrey Wallace, who was mentored by Haveman as a graduate student and later co-taught with him, recalls “an exceptional instructor” from whom he learned “to be patient, go slow, check my ego, and not assume much in the way of prerequisite knowledge.”

“As an academic colleague, Bob was exceptional,” says Wallace. “Feedback from Bob usually came with more questions from him. Sometimes it wasn’t clear where he was going with these questions, but they always seemed to lead somewhere that provided insights that I hadn’t thought about.”

“Bob really took an interest in all the people who worked at La Follette, irrespective of their position,” says Wallace, who remembers Haveman as kind, charming and humble — with a great sense of humor. “I wasn’t using my La Follette office much, and he either put up (or conspired with people to put up) a full-sized poster of the wrestler Stone Cold Steve Austin on my door. The thing was on there for a week before I even noticed.”

In 2020, Haveman received the Society for Benefit-Cost Analysis (SBCA) Honor a Colleague award, and in 2022, he was named an SBCA fellow for his work as a generous colleague and teacher, an innovative researcher, and an early contributor to making benefit-cost analysis part of the standard analytical toolkit. “Not only was Bob a great scholar, but he was also a great colleague: intelligent, warm, and always interested in others’ scholarship,” says the La Follette School’s Dave Weimer, who helped nominate Haveman for the award.

Haveman played an integral part in the establishment of the La Follette School, which began as the Center for the Study of Public Policy and Administration at UW–Madison in 1967. In 1983, when the Wisconsin Legislature formally separated the center from the Department of Political Science and named it the Robert M. La Follette Institute of Public Affairs, Haveman was at the center of the work that shaped the new school.

The 1983–84 biennial state budget provided $100,000 and 1.7 staff positions to establish the Institute, which was to “engage in research, public service, and educational activities to advance the knowledge of public affairs and the application of that knowledge to the needs of the state.”

“Funding subsequently increased in increments to about $1 million for research and outreach,” Haveman wrote in 2008. “This was a substantive legislative endorsement of the school’s mission to improve the design of public policy and the practice of governance, part of the core of the Wisconsin Idea.”

The establishment of the La Follette Institute, which in 1999 became the La Follette School of Public Affairs, was essential in providing financial resources dedicated to conducting research and public service activities and shaping it into what it is today: one of the leading public affairs schools in the country.

“Bob was a world-class scholar, teacher, and public servant,” said La Follette School director and professor Susan Webb Yackee. “He has had a tremendous impact on hundreds of La Follette School alumni, and I am honored to have had him as a colleague.”

Haveman is survived by his wife of 39 years, Bobbi Wolfe, who is a La Follette School faculty member; five children; and 10 grandchildren. The family has established a scholarship fund in Haveman’s name to support La Follette graduate students. Donations can be made by visiting the UW Foundation website or by sending a check to UW Foundation, U.S. Bank Lockbox 78807, Milwaukee, WI 53278-0807. Please designate the La Follette School and write in Bob Haveman’s name as the person in whose memory you are donating.

A memorial for Haveman will be held in the fall, with details coming soon. The La Follette School will also honor Haveman at the spring 2023 Alumni & Friends Reception.