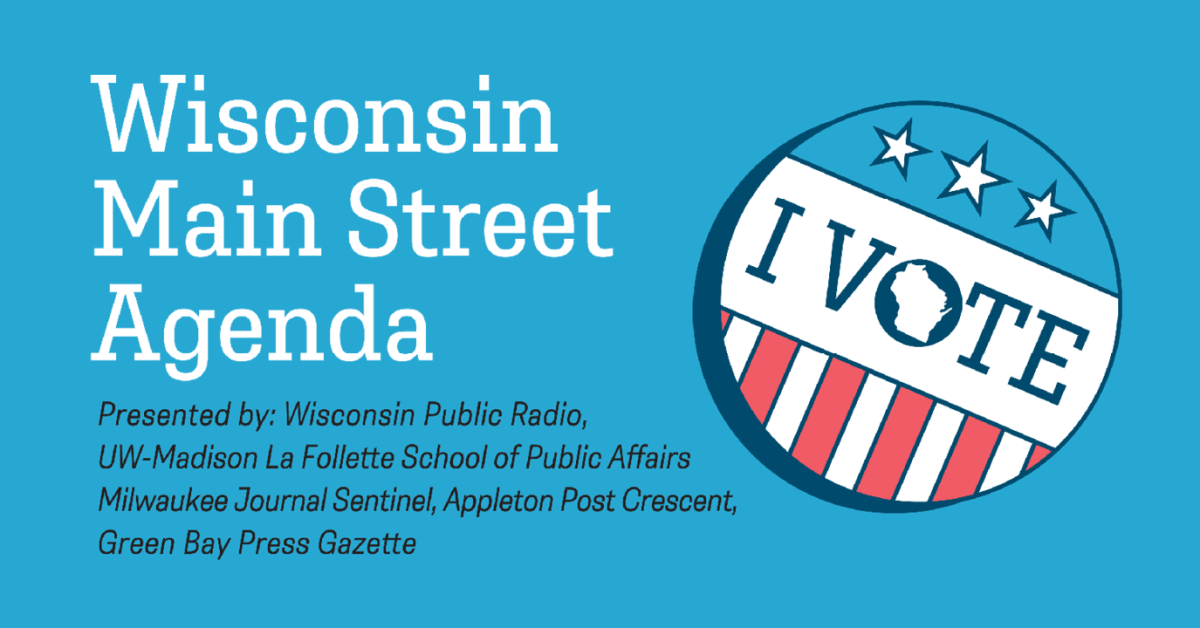 These days, to judge by newspaper headlines and cable news graphics, our country is shattered into cultural, religious, and political fragments that may be hard to glue back together. It may be tempting to give up and retreat to our politically isolated corners of the world. But at the La Follette School, we believe that people can disagree on individual policy issues while respecting those with different views enough to make progress on the ones that matter most.

To this end, the La Follette School has partnered with the Milwaukee Journal Sentinel Ideas Lab and Wisconsin Public Radio to create the Wisconsin Main Street Agenda project, which will focus news coverage on public policy issues in the months leading up to the November elections. We encourage you to take a few minutes now to fill out the Wisconsin Main Street Agenda questionnaire, which asks what you want candidates to talk about as they compete for your vote this fall.

“Our students, from widely diverse backgrounds, come together to learn how to solve problems affecting our entire country — poverty; inflation; the pandemic and its many related health care issues; and the need for clean water, a market-driven economy, and equality for all,” says La Follette School Director and Professor Susan Webb Yackee.

Researchers at the La Follette School dig deep into these issues, using the latest data analytics tools to find effective solutions without regard to ideology. For example, La Follette School Associate Professor Christine Durrance is using newly available data to study the effects of opioid addiction on Wisconsin families. Meanwhile, Morgan Edwards, assistant professor of public affairs at the La Follette School, is investigating policies that could make it easier for people to install heat pumps, an efficient and cheap home-heating option. This fall, Associate Professor Manny Teodoro is releasing a book about the bottled water industry, which is able to sell its product to Americans, in part, because their confidence in government is so low. Professor Jason Fletcher is re-examining data that suggests that Wisconsin has some of the country’s largest racial inequalities in incarceration, education, and health outcomes.

More than anything, our La Follette School research shows that we, as a state and a nation, face complicated problems requiring nuanced solutions. Our research also shows that Wisconsinites recognize these complexities.

Earlier this year, we released the results of the La Follette Policy Poll, which asked 5,000 state residents about the problems they most want solved. These resultsshow that Wisconsin voters are worried about difficult issues for which there is no simple solution — issues like education, health care, and race relations. The La Follette School worked with the UW Survey Center to ensure an authoritative, representative poll, achieving a remarkable 32.54% response rate.

You can do your own analysis of the La Follette Policy Poll results. Spend just a little time with the data and you’ll see that, while some issues (such as government regulations) break down by political affiliation, many other factors also affect public opinion. For starters, age plays a role. Younger respondents consistently rank climate change and income and wealth distribution as bigger problems than older respondents. Sometimes gender is key. Female respondents are more likely to call health care and race relations extremely big national problems than males. Opinions on other issues also break down to some degree by race, income, and education level.

In addition to the Main Street Agenda survey, the La Follette School and its partners will also host several public forums where we invite people from all parts of the state to join deeper conversations about the issues that concern them (details to come). We hope these events will encourage the kind of kitchen-table conversations we need to solve the serious problems we face as a society. There are many problems facing our great state and country, but by listening to and respecting each other, we can make progress on the ones that matter most.