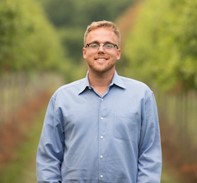 Since I was young, education has been important to me. Neither of my parents went to college, and my mother dropped out of high school, but they always wanted me to have an education they didn’t have access to. It was largely this that led me down a path to becoming an English as a Second Language (ESL) teacher. During college, I interned at a refugee center in Kentucky as a teacher, and then joined the Peace Corps, where I served in Malawi as an English teacher at a rural secondary school for two years, before extending several months to work as a volunteer-staff liaison with the Peace Corps office in the capital. After that, I wasn’t exactly sure what I wanted to do. I knew I wanted to continue in the field of development, but I wasn’t sure in what capacity. I enjoyed my time teaching in Malawi, but I also saw how many barriers there were to students’ access to education due to underlying political and development issues. I heard about the Payne Fellowship and applied for it. The Payne Fellowship provides funding for my graduate education and in exchange, I must work for the U.S. Agency for International Development (USAID) for five years after I graduate. I also will do a paid summer internship at a USAID post abroad halfway through my program. I will work as a crisis, stabilization, and governance officer, working on issues of democracy, human rights, and governance.

The primary thing that drew me here was the emphasis on quantitative skills. Quantitative skills have long been my biggest weakness. I am much better at more abstract skills and abstract thought, so the emphasis that La Follette places on quantitative skills will boost my abilities and help strengthen my weaknesses. In addition, UW–Madison has a really great language program, and I’m also a FLAS recipient, meaning that I study a foreign language that is not commonly studied, in exchange for additional funding. In my case, it is Kiswahili, which will be of enormous benefit to me, as I am likely to be placed in East Africa in my future career.

The representative for whom I worked was in New Jersey, in an area that still feels the long-term impacts of 9/11. In the aftermath of 9/11, the World Trade Center Health Program (WTCHP) was established to provide medical benefits to those affected. Certain conditions were covered, and certain conditions were not. During my internship, a constituent reached out, concerned that uterine cancer was not a covered condition, despite emerging evidence that dust from the World Trade Center was a contributing factor in the development of this condition. I took the lead in drafting a letter to be sent to the WTCHP urging reconsideration of uterine cancer as a covered condition, which the representative edited and approved, and then I reached out to other congressional offices to have them come on as co-signers.

I think knowing your policy interests coming in can be super helpful in choosing classes and deciding how to proceed with your degree. That’s not to say you have to have everything figured out and a career waiting for you after graduation, but I do think having a general idea of the area or general field you’d like to work in can help you hone in on the most relevant skills. It is also helpful when it comes to networking. If you know generally what you want to do, La Follette School staff can help you find people already working in that area and connect you with them. Those connections are great resources to discover what skills you need, or to confirm that it is the area where you’d like to work.

How has the La Follette School changed the way you think about public policy?

Something that probably should have been obvious to me before was how important networking is to policy work. Learning from people already working in my field and even those peripheral to it has been enormously helpful. The La Follette School is great at providing connections with alumni who can give you great advice about what courses to take, what the ups and downs of their jobs are like, and just give you great guidance all around. Forming those connections and their importance to career-building isn’t something I had really considered prior to coming to La Follette. And of course, it is great preparation for the real-world networking skills that most policy positions require.

Before the La Follette School

I worked as an English teacher at a refugee center and as an assistant at a center for people with intellectual disabilities. I taught English for two years in the Peace Corps in Malawi and then worked in the capital in an administrative capacity for several more months. I continued teaching English online and had a summer internship working in the U.S. House of Representatives as a legislative assistant.

Is there anything you’d like to add or emphasize?

Family: I’m an only child
Hobbies/interests: music (guitar and piano), writing, language learning, playing disc golf badly, travel
Favorite books: The Little Prince, The Catcher in the Rye, A Confederacy of Dunces, The Brothers Karamazov, Infinite Jest, Americanah, The Hitchhiker’s Guide to the Galaxy, Born a Crime, Ghost Wars, Don’t Let’s Go to the Dogs Tonight
Musical interests: soul, indie, afro-pop, quietly reminiscing about my emo phase in high school by listening to 2007-2011 pop-punk
Travels: Mexico, United Kingdom, Poland, Spain, Malawi, Uganda, Tanzania, Denmark, Sweden, Germany, The Netherlands
Interesting experiences: I once got stuck on a glass elevator on the 22nd floor of a building and took the stairs in every building for the next 10 years due to lingering fear (I’m over it now–except for the elevator in the Wisconsin Historical Society)

People would be surprised if they knew that …

I know basics about car maintenance and how internal combustion engines work. It doesn’t match my personality and I’m not skilled at anything else related to engineering or most sciences, so most people assume I wouldn’t know anything about cars. However, my father is a mechanic, so he taught me the basics growing up.