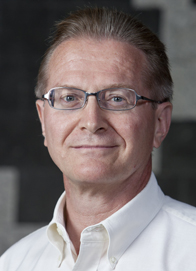 La Follette School Professor David Weimer contributed to a new report on the uses of radioactive materials such as cobalt-60 and cesium-137 in the United States and around the world. Published in June by the National Academy of Sciences, Radioactive Sources: Applications and Alternative Technologies offers suggestions for replacing these useful but potentially dangerous nuclear sources with non-nuclear technologies.

Weimer’s work on the report builds on his contributions to the landmark 2008 National Academies report Radiation Source Use and Replacement, which has been downloaded from the National Academies Press website “more than 5,600 times in 126 countries” placing it in the top 5 percent of downloads from the website. The 2008 study was considered groundbreaking, in part because it expanded the traditional focus on the health hazards of radioactive sources to include the potential for economic and social disruption. It also resulted in legislation to speed retirement of devices posing the most severe security risks.

Radioactive materials are commonly used for medical, research, and commercial applications, such as cancer therapy, sterilizing medical devices, oil exploration, and industrial gauges. But these materials pose significant safety risks, such as accidental radiation exposure due to device failure or human error. The potential security risks related to theft, sabotage, or other malicious acts are even more troubling. In the worst possible scenario, a terrorist could steal radioactive materials intended for peaceful applications and incorporate them into a radiological dispersal device, or dirty bomb.

Governments worldwide, including the United States, are working to make radioactive sources more secure and to increase the accountability of the people and organizations that use them. Still, disposing of disused nuclear sources—that is, radioactive materials that are no longer needed by their original users—remains a complicated and costly proposition.

The failure to secure disused nuclear sources can have grave repercussions. The possibility of terrorists incorporating radioactive material into a dirty bomb is a nightmare. But instances of radioactive metals getting accidentally mixed in with other recycled metals and then used in commercial products is a reality. According to the report, in the last four decades, “table legs, elevator buttons, tissue box holders, rebar, stainless steel mesh, and fashion belt buckles” have been recalled because they contained cobalt-60.

The first step in mediating risks associated with nuclear sources is identifying them. Like the 2008 report, the current report recommends a holistic way of thinking about possible harm that accounts for larger societal impacts, such as the psychological and economic toll of a radiological event.

Framed that way, the goal of developing alternative technologies that don’t require radioactive materials becomes even more urgent. Organizations in the U.S. and around the world are making some progress. To accelerate the process, the report urges more collaboration among federal agencies, international organizations, and researchers.

The report is based on 18 months of work by a committee of experts who heard over 70 presentations from companies, industry associations, international and nonprofit organizations, government agencies, and national laboratory researchers. Weimer lauds the consensus process used in National Academies studies: “The committee members and supporting staff brought diverse expertise and experiences to the study. It was a pleasure learning from them and working toward agreement on findings and recommendations.”

Weimer is the La Follette School’s Edwin E. Witte Professor of Political Economy. His research focuses broadly on policy craft and institutional design. He has served as president of the Association for Public Policy Analysis and Management (2006) and the Society for Benefit-Cost Analysis (2013). He is a fellow of the National Academy of Public Administration.