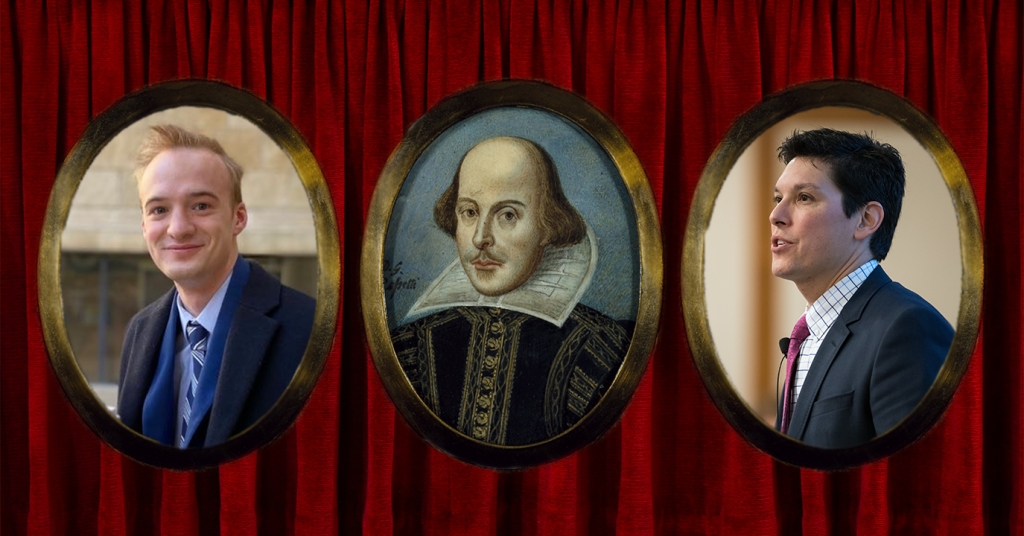 Like the Bard himself, Ethan Dickler was inspired by a muse of fire when he sat down to write a paper for Policy Making Process (PA 874). Instead of a dry report on social construction theory, Dickler turned out a Shakespearean meditation on the power of public policy to shape political behavior, using Richard III, a play about one of literature’s most power-hungry bad guys, as his starting point.

But while a muse is a potent motivator, it’s also nice to have a really good writing prompt. In PA 874, Associate Professor Manny Teodoro urges students to avoid rote summaries and instead concisely demonstrate their familiarity with the material.

“I tell students to write no more than two pages,” he said. “But I remind them: that doesn’t mean they have to write two pages. After all, brevity is the soul of wit. If they can make the point in one page, or maybe in a cartoon, or a poem, that’s awesome.”

“As an undergraduate at UW–Madison, I studied English literature,” he said. “When I started at La Follette in September, I wondered where my interests in English theater would make an appearance, and Professor Teodoro’s flexibility in his assignment prompts provided the opportunity.”

Dickler pens iambic pentameter like a true Elizabethan, making a sophisticated argument in the process, complete with citations. Looking out on a new crop of UW–Madison students (Now is the autumn of their discontents), his scheming narrator plans to destroy their political will through bad public policy. But in the end, the theories of prominent researchers convince him that democracy will preserve personal initiative (Alack! Democracy, my old foil/You run contrary to my hopeful goals).

When it comes to good writing about public policy, all the world’s a stage. Teodoro shared the soliloquy in a tweet and, in the social-media version of a standing ovation, three of the cited political scientists liked it. Ethan Dickler, take a bow!

—written by Will Keenan and Ann Shaffer

Original art of William Shakepeare (Rossetti, c.1865) from the Folger Shakespeare Library Digital Image Collection has been modified for this article. The image is licensed under the Creative Commons Attribution-Share Alike 4.0 International license.