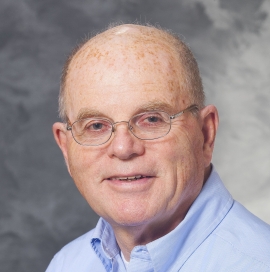 Fifty years after Lucey’s election as Wisconsin’s 38th governor, Dresang, Doyle, and McCallum will talk about how Lucey addressed timeless public policy issues. La Follette School Director and Professor Susan Webb Yackee will moderate the discussion. The livestreamed event is free; however, pre-registration is required. Time will be provided for audience questions.

As part of the La Follette School’s Election 2020: A Spotlight on Policy series, the book talk is supported by the Kohl Initiative and co-sponsored by the Wisconsin Historical Society Press, which published Dresang’s book.

Lucey pursued an ambitious progressive agenda as governor from 1971 to 1977, tempered by the concerns of a fiscal conservative and a pragmatic realist. He was known for bridging partisan divides, building coalitions, and keeping politics civil. His legacy, which included merging Wisconsin’s universities into one system and equalizing the funding formula for public schools, continues to impact Wisconsin residents and communities.

Before serving as governor, Lucey played a key role in rebuilding the Democratic Party in Wisconsin. As party chairman, he built coalitions between World War II veterans, remnants of the defunct Progressive Party, urban socialists, and activists in rural communities throughout the state.

Lucey also served as Ambassador to Mexico from 1977 to 1979 under President Jimmy Carter, as lieutenant governor from 1965 to 1967, and in numerous local and state offices. In 1980, presidential candidate John Anderson selected Lucey as his running mate, losing the election to President Ronald Reagan and George H.W. Bush.

A political scientist, Dresang was director of UW–Madison’s Center for Public Policy and Administration from 1981 to 1983 and founding director of the La Follette Institute of Public Affairs, the School’s predecessor. He also was a founder of the Wisconsin Women in Government (WWIG) Leadership Seminar, which the La Follette School and WWIG launched in 2001.