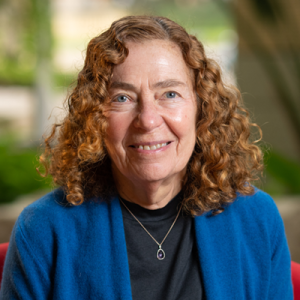 Barbara Wolfe (Bobbi) is the Richard A. Easterlin Professor of Economics, Population Health Sciences, and Public Affairs and Faculty Affiliate at the Institute for Research on Poverty. Her research focuses broadly on poverty and health issues.

Wolfe’s current projects examine whether housing voucher and public housing programs lead to better school performance of children in the household; how poverty influences critical brain areas among young children and these in turn influence school outcomes; the influence of growing up with a sibling who is adopted or who has a developmental disability or mental illness, or a sibling who dies, on outcomes as a young adult; and, a comparison of the effects of early childhood general health, physical health and mental health on long-term earnings and labor force participation.

Other recent work addresses effects of the Affordable Care Act, including effects on racial disparities in health care coverage, effects on mental health, and an overview of existing research and prospects for research in the future. Wolfe’s projects also examine the adequacy of resources when individuals retire and during their first decade of retirement, and the response of these resources to health shocks.