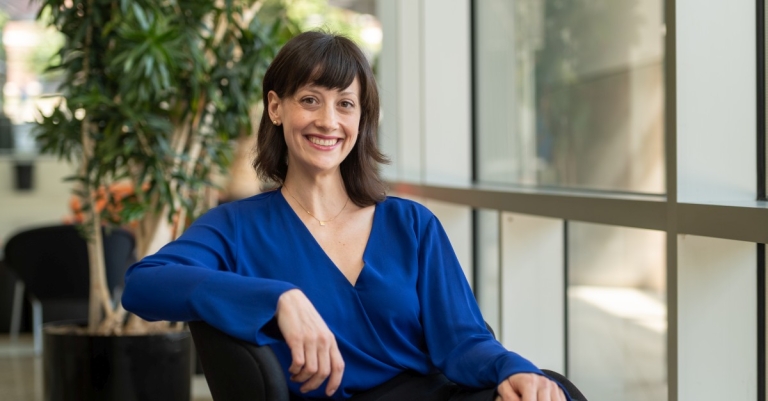 An economist with an M.S. in human genetics, Schmitz uses epigenetics, or the study of how behaviors and the environment can change the way our genes work, to explain how genetics interact with social disadvantage.

Her Vilas research will shed light on the epigenetic mechanisms through which tobacco exposure leads to disease. She will focus on well-documented changes to a tobacco user’s genome, with the goal of determining whether those changes are directly caused by smoking or by health problems and environmental conditions that are closely correlated with smoking.

Schmitz will start with genetic data from approximately 4,000 people collected through the University of Michigan Health and Retirement Study (HRS), comparing it to data on tobacco tax policies for each person’s home state. Drawing on research that shows a direct link between stringent tobacco taxes and lower smoking rates, Schmitz will analyze the data to determine if people who are less likely to smoke (because tobacco is taxed heavily in their state) are also less likely to display the changes to their genetic code associated with smoking. Understanding this relationship could lead to better diagnostics and treatment for illnesses afflicting tobacco users.

Schmitz came to the La Follette School as a part of the university’s Initiative in Social Genomics (ISG), which aims to make UW-Madison a world leader in research on the links between genetics, human behavior, and socioeconomic outcomes.

“One of the aspects of this research that I find particularly exciting,” explains Schmitz, “is that we can use population-level data to look at how differences in smoking behavior that arise because of differences in cigarette tax policies are affecting health on a cellular level. By exploiting differences in cigarette tax policy across states we can identify whether certain genes are turned on or off for smokers that smoke more heavily because they’re in a low tax state compared to smokers in high tax states or nonsmokers.”

The Vilas Associates Competition is funded by the William F. Vilas Estate Trust.