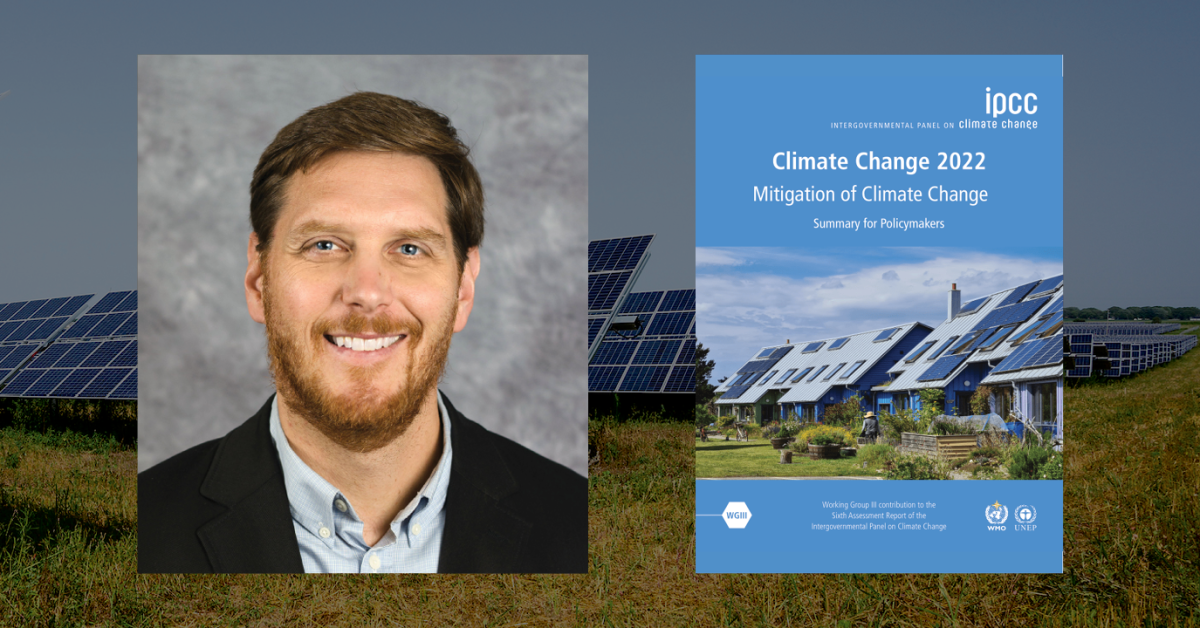 “The report documents the options available to us for mitigating climate change and argues that we need to work fast,” says lead author and La Follette School Professor Gregory Nemet. “Our goal is to inform leaders in governments and private industry about what they need to know to push for the changes to their communities and economies that are necessary to have a meaningful effect.”

Published Monday, April 4, the report documents progress toward limiting the effects of climate change. For example, more than two dozen countries, including the United States, have reduced their greenhouse gas emissions over a 10-year period. However, the report calls for stronger policy commitments, along with accelerated investments in low-carbon technologies such as electric vehicles, batteries, and alternative fuels.

It includes contributions from 354 international scientists and will inform discussions at November’s United Nations Climate Change Conference, which will review progress toward the goals of the Paris Agreement, a multi-nation treaty to limit global warming.

“We evaluated research from more than 18,000 scientific papers on issues like technical feasibility, cost, and timetables and looked at what kinds of changes communities and their economies can accommodate,” Nemet says. “The report will allow United Nations members to have the necessary data at their fingertips when they meet to discuss international climate goals.”

A self-described “climate optimist,” Nemet believes the time is right for governments to invest in fighting climate change. “The technologies we need to switch to cleaner energy and transportation systems have improved far beyond expectations,” he says.

Nemet was one of only two dozen American scientists contributing to the report. “It’s important for Wisconsin residents to know that our state has a voice in this international conversation about how we, as a world community, can fight climate change,” he says.