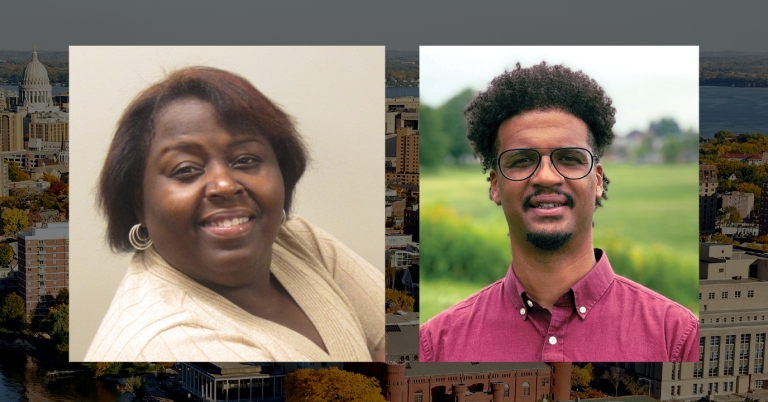 Theola Carter (MA ‘91) and Lamont Smith (MPA ‘07) have been named among the most influential Black leaders in Wisconsin by Madison365.

Madison365 began the annual recognition of Wisconsin leaders from different racial and ethnic groups in 2015. The purpose of the lists is to “highlight the beauty of the diversity across our state” and to lift up role models for Wisconsin’s young people, according to Henry Sanders, Jr., co-founder, publisher and chief executive officer of Madison365.

Theola Carter currently serves as Dane County’s manager of policy and program improvement and an adjunct professor of intercultural communications and principles of management.

Carter previously worked at the State of Wisconsin as a housing bureau director and unemployment division program manager. Carter is also a La Follette School Board of Visitors member.

Previously, Smith worked as a senior analyst with the Greater Milwaukee Foundation.

In 2021, both Carter and Smith were featured speakers in the La Follette School’s Elevating Equity series, student-focused events that showcase alumni in policymaking roles.

– Written by Will Keenan