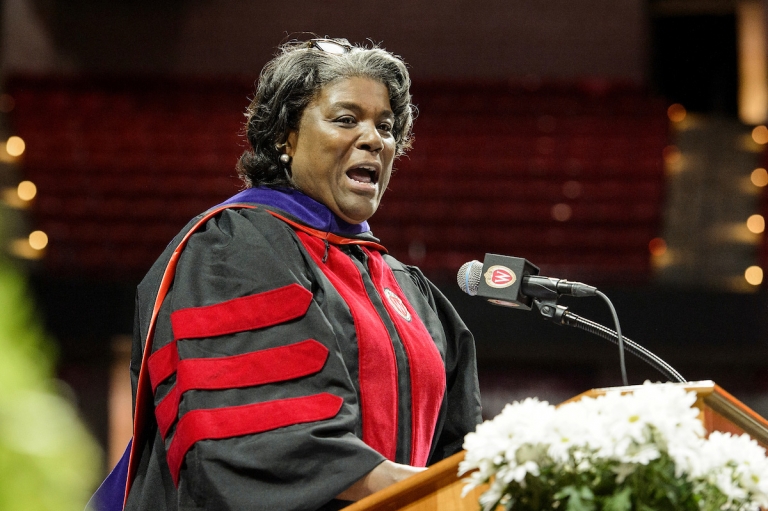 Thomas-Greenfield is a distinguished resident fellow in African studies at the Institute for the Study of Diplomacy at Georgetown University and on leave from a senior vice president position at Albright Stonebridge Group, an international consulting firm.

President George W. Bush named Thomas-Greenfield ambassador to Liberia in 2008 – a position she held until 2012. She also held foreign postings in Switzerland, Pakistan, Kenya, The Gambia, Nigeria, and Jamaica.

From 2013 to 2017, she served as assistant secretary of state for African Affairs in the U.S. Department of State. Thomas-Greenfield received an honorary doctoral degree from UW–Madison in May 2018.

“This exciting news demonstrates the value of an education from the La Follette School and its predecessor,” said Yackee. “Our outstanding master’s degree training can lead to some of the highest offices in the world, and we are extremely proud of Ambassador-designate Thomas-Greenfield for her commitment to evidence-based policymaking and advancing the greater good.”