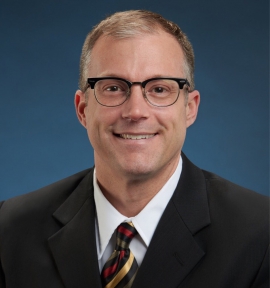 I am the chief administrative officer and main technical advisor to the city council on overall governmental operations of the City of Kiel. I supervise day-to-day operations of city departments and staff; prepare, monitor, and execute the city budget; and foster economic development, growth, and quality of life opportunities. In coordination with the city council, developers, entrepreneurs, engineers, financing organizations and others, I foster the creation of tax incremental finance (TIF) districts, which help keep our city vibrant and growing.

How do you use what you learned at La Follette on the job?

When we create a tax-incremental district, I conduct a break-even analysis to make sure that we’re being responsible on the amount of incentives we give companies, which are balanced against the investment required by the city to attract the company (e.g., installing water mains, electricity and sewers) and future tax revenue once the life of the TID has expired.

Which experiences and skills in particular helped you get your job?

I had been involved in government since I enlisted in the U.S. Army Reserve when I was 17 years old, but having a master’s degree from the La Follette School was instrumental in proving that I was a qualified professional in government administration.

What prompted your job change?

My previous job was serving as Manitowoc County’s Emergency Services Division director, and I was looking for a new challenge where I could help make my community a better place. In one stop at this office, I can sell an amazing lot to build a dream home, a building permit, a dog license, and a cemetery plot. Serving in local government is a great place to be, and having served at the federal, state, county, and local level, the local level is the most functional of them all.

When I was deployed to Iraq, I was 22 and knew I wanted to be in public service, but I wasn’t settled on exactly what the next step of my life would entail. After searching different programs and universities, I decided to pursue an MPA at La Follette because it would give me both a broad base of knowledge and instant credibility for anything I wanted to do in public service. Fifteen years later, having served at the federal, state, county, and local level, I’m living proof that a La Follette School education can literally prepare you for almost any career field in government.

The small class size, academic reputation, and emphasis on quantitative analysis drew me to La Follette.

While at the La Follette School, I interned for Gov. Jim Doyle. As with many things in life, one door opened another, which opened another. My internship helped me make connections that have served me throughout my career.

The education and credibility, certainly within Wisconsin but also elsewhere, are second to none.

I’m a big dumb Army guy, and I had to really work hard on my quantitative tools for policy analysis class.

Why would you recommend the La Follette School to a prospective student?

If a student is looking to get into government and wants a varied and rewarding career, a La Follette degree will make it happen … and you’ll even be able to feed yourself and your family.

I’m an amazing T-ball coach, or so I hear.

I love speaking with high school students to inspire/encourage them to go in public service. Because of a skill set deficiency, local governments need well-trained professionals as much or more than the state or federal level, and it’s a ripe area for La Follette graduates to start seeping in … and don’t tell anyone, but it even pays pretty well.

People would be surprised to know that …

I have a hairless cat named Mr. Tinkles.