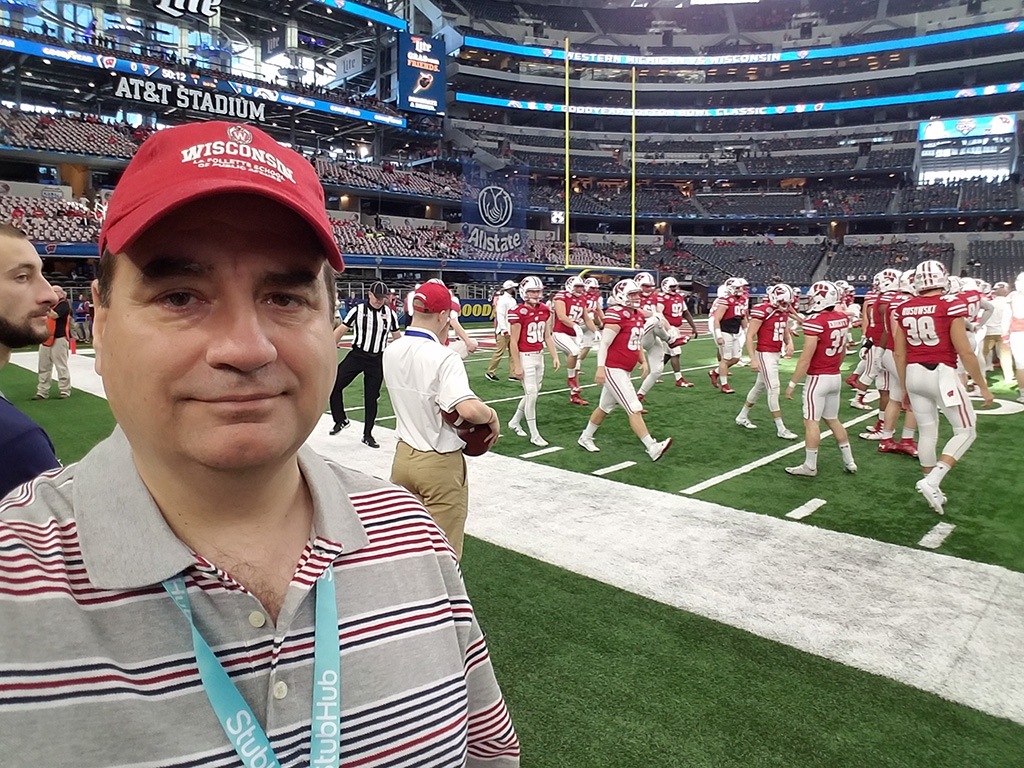 Bachelor’s degree in management and human Relations, University of Wisconsin–Madison, 2004

As a Presidential Management Fellow, I work for the Budget Staff’s Law Enforcement and Corrections Group. I am the primary budget analyst for the U.S. Marshals Service and Federal Prisoner Detention accounts, which total over $3 billion in budget authority.
As a departmental-level analyst, I am the first-line analyst responsible for all aspects of budget formulation relating to my assigned accounts, which requires close coordination with the budget analysts and chiefs at the component level. Review and analysis is continuous throughout all phases of budget formulation: receipt of the component’s initial request (usually about 18 months prior to the start of the fiscal year), submission of the Department’s budget request to the Office of Management and Budget (OMB), submission of the President’s Budget to Congress, and enactment of appropriations.

Unlike some agencies, DOJ splits budget formulation and execution duties, so I also work closely with a budget execution analyst in our Budget Operations Group who is assigned to my accounts. Together, we ensure proper reporting and monitor potential budget issues that may arise during the current year – these include, but are not limited to, reprogramming, reorganization, and relocation. As a formulation analyst, I am required to prepare a quarterly review and analysis of financial and performance status for my assigned accounts.

When enacted appropriations include congressional reporting requirements for my accounts, I review and edit the component submissions prior to further review by DOJ departmental leadership. DOJ analysts also contribute to cost estimates that support Congressional Budget Office legislative analysis (I have assisted with cost estimates related to sentencing reform), and routinely review and analyze proposed legislation for potential impacts on DOJ components. We also participate in department review of component responses to requests and questions that arise during Government Accountability Office audits.

During January 2016, my first month on the job, the Budget Staff was finalizing the DOJ portion of the 2017 President’s Budget – the conclusion of a year-long process. All components prepare a Congressional Justification (CJ) for the House and Senate Appropriations Committees; these CJs form the backbone of the Department’s overall budget request. With relatively little prior knowledge, I was responsible for initial review and editing of the Marshals Service CJ, and cross-checking the data in the CJ with prior versions (the component’s original submission to DOJ, and DOJ’s submission to OMB).

La Follette’s impact on the job

My job doesn’t require hard statistical or cost-benefit analysis, but I think that understanding the analytical processes behind those skills has proved to be invaluable. I would make the same case for core courses like Policymaking and Policy Analysis – the real world is a lot more complicated than the way things look from an academic perspective, but understanding the big picture really helps. The depth and breadth of La Follette coursework gave me the confidence to feel that I can tackle any assignment handed to me.

Working in federal budgeting, I have found Professor Moynihan’s Performance Management class very helpful. Our quarterly component reports include performance metrics, and these metrics are also detailed in the Congressional Justifications. I appreciate the opportunity to have taken courses taught by a professor who literally wrote the book.

Experiences and skills that helped get the job

During my National Guard full-time duty, I provided operations support for the post-9/11 airport security mission that included management of a $3 million ad hoc budget. Wisconsin was recognized by National Guard leadership for effective control of expenditures.

The Presidential Management Fellowship application process evaluates several core competencies: accountability, public service motivation, oral and written communication, interpersonal skills, and problem solving. I was able to demonstrate each of these, and provide relevant examples, during the PMF application process and to my hiring manager at DOJ.

Before applying to La Follette in 2013, I was searching for federal civil service employment. It was unfortunate timing – the height of sequestration and budget dysfunction in DC, with hiring rates at dramatic lows. A reasonable proportion of applications I submitted through USAJOBS, the federal hiring website, turned into referrals to hiring managers … but none generated interviews. After six months, I realized that my experience alone wouldn’t get me hired in a tight job market; I needed a master’s degree to be truly competitive. For federal civil service, the MPA is a natural choice.

La Follette was the only graduate school I applied to. I was born and raised in Milwaukee, but Madison had been my home for a long time when I applied to La Follette. As a veteran, I was eligible for tuition remission under the “Wisconsin GI Bill” that was enacted into law under Gov. Jim Doyle. So in my case, applying to La Follette was an all-or-nothing proposition.

Capstone. A nonprofit client wasn’t my first choice, but it became a surprisingly positive experience. Our client planned to increase services to low-income taxpayers and sought our team’s guidance in prioritizing new locations for expansion. However, our data analysis revealed that increasing capacity within existing locations was a more effective use of resources. Looking past initial assumptions, we synthesized concepts from across the La Follette experience to make an unexpected recommendation.

PA 818 (first semester statistics). Even though I’d previously taken two semesters of undergraduate statistics (admittedly, a long time ago), I found the theoretical basis very demanding at times. In fact, I remember walking out of lecture one day completely lost – the only time that ever happened throughout my academic career. Overcoming that challenge wasn’t easy, but as the saying goes, “If it were easy, everyone would do it.”

Why would you recommend the La Follette School to a prospective student?

La Follette’s ranking among its peers is well-deserved. Impressive faculty who are at the top of their fields offer rigorous coursework centered on team-based problem solving for real-world clients. That combination is outstanding preparation for careers in public service.

I have extensive prior volunteer experience, but not currently. When my Presidential Management Fellowship is completed and I convert to permanent status, I hope to find an opportunity to serve on the board of directors of a local nonprofit organization.

I have to single out Professor Emeritus Dennis Dresang, who wrote one of the recommendations for my La Follette application. During my undergraduate work, I took two of his courses, including Public Personnel Management, as electives for my business degree. I also worked for him as a project assistant on an analysis of the state court system, and he offered me a lot of encouragement.

Why does public service matter to you?

Far too much of today’s discourse regarding public service has devolved into an “us vs. them” argument, where politicians and citizens find it convenient to blame civil servants for problems that are not of their making. Gov. Walker’s rationale for eliminating bargaining rights for Wisconsin state employees is a prime example of that. It’s no surprise that morale has plummeted among state employees since the passage of Act 10.

That “us vs. them” argument is without merit. The truth is that there is no “them”… we’re all “us.” The teachers, nurses, clerks, and even budget analysts who serve the public are our friends, neighbors, and relatives. The vast majority of people who work in public service jobs do so because we think that all of us are stronger collectively as a community than we are individually. I’ve been committed to that idea my entire adult life – military service, elected office, and civil service are just different ways of expressing that commitment.

As Attorney General Lynch has observed, the Department of Justice is the only Cabinet department named for an ideal. I look forward to coming to work every day, and I’m proud to say I work for DOJ.

I own a condo in Madison, and still consider it my permanent residence until I am converted to career status as a federal civil servant. I’d be happy to consider renting it to any current or future Bobs who are looking for housing.

People would be surprised if they knew that I …

… have over 30 years of military service – including more than seven years as a combat engineer – in all three components of the U.S. Army (Army Reserve, Active Army, and the National Guard).