Surveillance Capitalism in the Digital Age with Jon Leibowitz 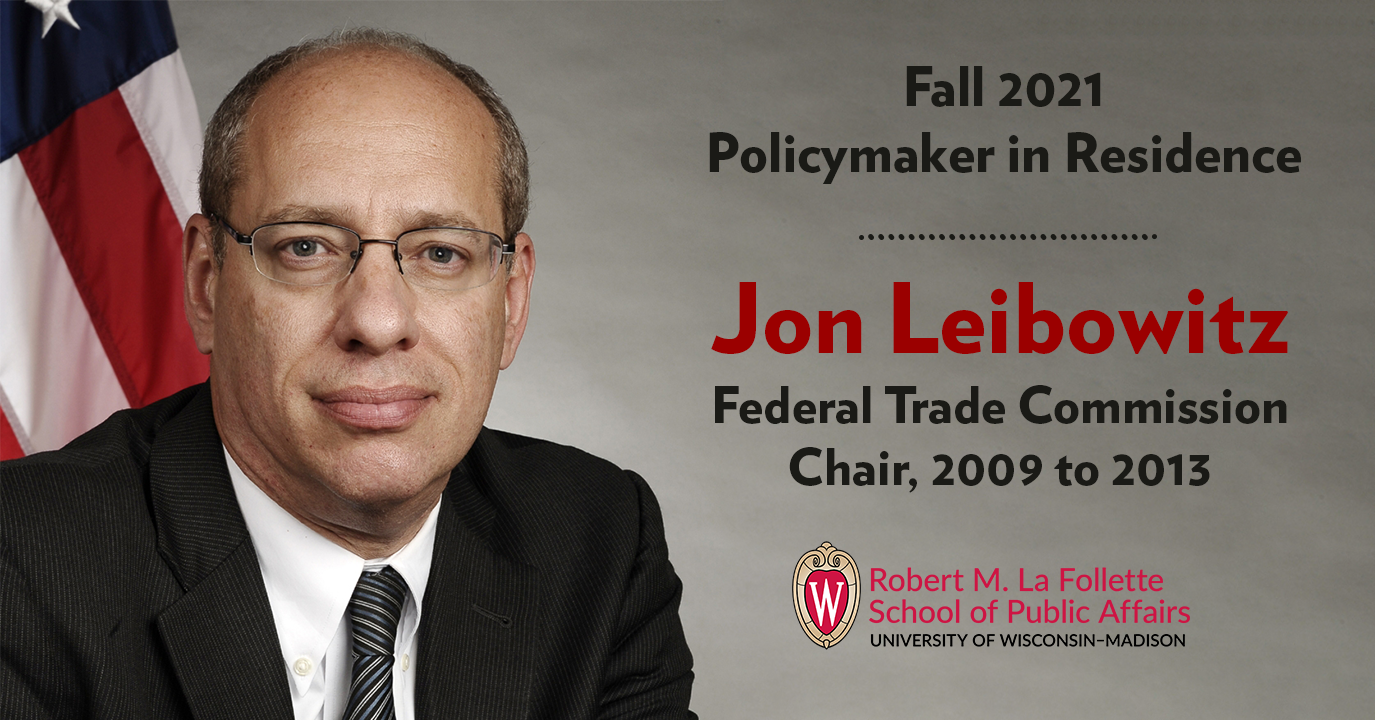 Jon Leibowitz, chair of the Federal Trade Commission (FTC) from 2009 to 2013, will serve as the La Follette School’s first Policymaker in Residence in October. Leibowitz received his bachelor’s degree in American history from UW–Madison and his doctor of law degree from the New York University School of Law.

As Policymaker in Residence, Leibowitz will share his expertise with students and faculty and will offer a public presentation Tuesday, October 19. Leibowitz will discuss Surveillance Capitalism in the Digital Age. Hosted by the Capital Times, Leibowitz’s presentation will be livestreamed only. The event is free.

Undergraduate and graduate students will have the opportunity to visit with Leibowitz during several La Follette School and political science classes. He also will visit with students at the Law School and School of Journalism and Mass Communication.

In 2004, President George W. Bush appointed Leibowitz to serve as a member of the FTC, and President Barack Obama named in FTC chair in 2009. He has significant experience in data privacy and has overseen a broad range of high-profile data privacy cases of national and international significance, including the Fair Credit Reporting Act and the Children’s Online Privacy Protection Act. Leibowitz served as FTC chair until 2013.