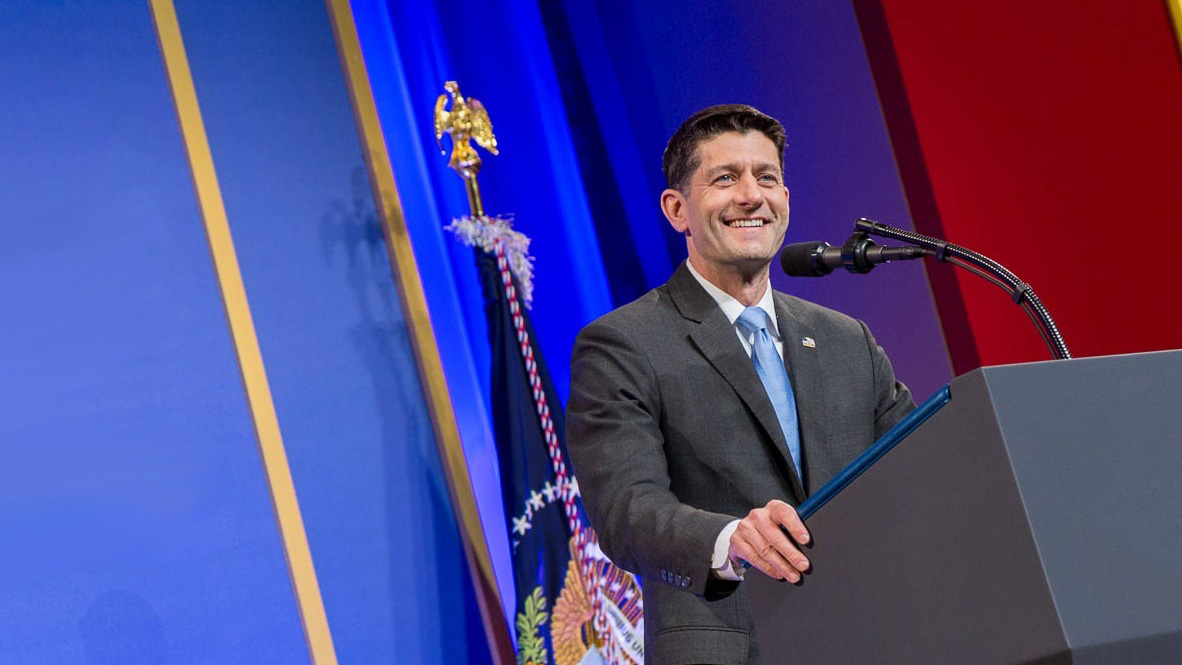 On February 22, 2023, the La Follette School will host former Speaker of the House Paul Ryan as its second annual Policymaker in Residence. Speaker Ryan will share his policy insights gained and evidence-based solutions discovered from two decades in Congress and years as Speaker of the U.S. House of Representatives through meetings with students and faculty and an in-person and a livestreamed public presentation.

The public presentation at 6 p.m. on February 22 will feature a Q&A with La Follette School Director Susan Webb Yackee, where Yackee will ask Ryan a number of pre-submitted audience questions. Submit a question for Speaker Ryan.

The Policymaker in Residence event is generously funded by the Kohl Initiative and American Family Insurance. A recording of the presentation will be available after the event on the La Follette School’s YouTube page.

Tickets will be available on February 1, 2023. This event is free and open to the public.

During his tenure as Speaker of the House from 2011 to 2015, Ryan spearheaded efforts to make changes affecting the tax code, national defense, domestic energy production, the opioid epidemic, and the criminal justice system. Known for his efforts to control government spending, Ryan played a major role in proposals that advocated for federal tax cuts, the privatization of Medicare, and Medicaid program reforms. In 2012, Ryan was selected to serve as Governor Mitt Romney’s Vice-Presidential nominee. Ryan was first elected to Congress at age 28 and represented Wisconsin’s First District for two decades.

In 2019, Ryan launched the American Idea Foundation, a nonprofit organization that aims to expand economic opportunity by partnering with local organizations and academics to advance evidence-based public policies. A native of Janesville, Wisconsin, he is a professor of practice at the University of Notre Dame and a visiting fellow in the practice of public policy at the American Enterprise Institute.

The Policymaker in Residence program is funded by the Kohl Initiative, which was created with a $10 million gift from former U.S. Sen. Herb Kohl. As one of the key goals of the Kohl Initiative, the program provides students an opportunity to learn from seasoned public servants. One of the main goals of the Policymaker in Residence program is to provide students, faculty, and staff with opportunities to learn about real-world examples of when evidence-based policymaking has successfully impacted society’s most pressing issues and when it has fallen short.