La Follette School MPA and MIPA graduates of the class of 2012 will share career insights with current students.

Registration is encouraged, but not required.

Andrew Peppard — Special Assistant and Policy Officer for the U.S. Department of Justice 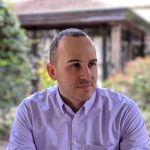 Andrew is a UW-Madison alum and Madison native who now resides in National Capital Region. He earned a bachelor’s degree in the Biological Aspects of Conservation and a certificate in Environmental Studies, then joined the U.S. Army as an engineering officer. Following two combat tours, Andrew transferred to the Wisconsin Army National Guard to pursue a master’s degree in International Public Affairs. Upon graduation, he was selected as a Presidential Management Fellow. Today, Andrew works for a component of the U.S. Department of Justice as a Special Assistant and Policy Officer for enterprise information technology.

Katherine Sydor – Program Examiner at the Office of Management and Budget 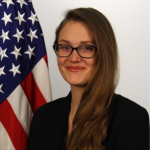 Katherine Sydor currently is a Program Examiner at the Office of Management and Budget. Previously she served as a Senior Policy Advisor in the Office of the Under Secretary at the U.S. Department of Education. Katherine also formerly worked at the U.S. Department of the Treasury as a Policy Advisor in the Office of Consumer Policy. She became a Presidential Management Fellow after completing her Master’s Degree in Public Affairs at the La Follette School of Public Affairs at the University of Wisconsin – Madison where she focused on tax and social policy. Prior to graduate school, she worked in Congress for four years in the office of U.S. Senator Jeff Merkley (D-OR) and the office of Representative David Obey (D-WI). Katherine is from Wisconsin and earned her Bachelor of Arts in History and Women’s Studies at the University of Minnesota in the Twin Cities where she also worked as an AmeriCorps volunteer in a summer youth literacy program immediately after college. 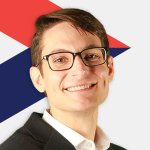 A public policy professional and economist by training, Alex has strong experience in policy analysis, transportation planning, and multimodal freight analysis. Alex has analyzed state and federal transportation policy for both the public and private sectors. He has also facilitated stakeholder discussions to identify freight issues and opportunities. Alex is also well-versed in supporting and managing planning, analytical, and strategic projects and working on-site to support clients. Alex received his B.A. in Economics, Politics & Government from Ripon College, and his MPA from the La Follette School at the University of Wisconsin – Madison. 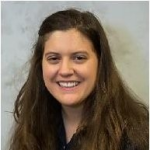 Karen currently serves as the Data Coordinator for Operation Fresh Start, a non-profit organization with the mission to empower emerging adults on a path to self-sufficiency through education, mentoring, and employment training. Karen previously served as the Development Associate at Capitol City Theatre and as the Bonner Leader Program Assistant for Edgewood College. Karen received her B.S. in Physics from the University of Illinois in Champaign Urbana, and her MIPA from the La Follette School at the University of Wisconsin – Madison.

Justin Rabbach – Executive Director at the Moravian Board of World Mission 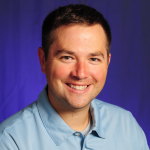 Justin currently lives in Waukesha, WI, and serves as the Executive Director of the Moravian Board of World Mission, a faith-based non-profit focusing on community development work and disaster relief in Latin America, the Caribbean, and Africa. Previously Justin worked for ELCA World Hunger, supporting their global health and poverty reduction programming efforts. Justin graduated from the La Follette School of Public Affairs at the University of Wisconsin-Madison with an MIPA, focusing on International Development. He also earned his B.A. from UW-Madison in Economics and Social Welfare, as well as an MBA from the Quantic School of Business and Technology. —